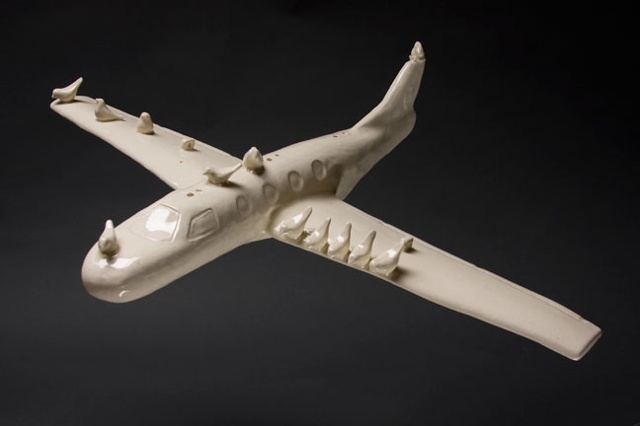 Canada Geese are natural inhabitants of North America. Most humans are not. In the early 20th Century, it was found that the Canada Geese numbers were in decline, due to habitat loss and overhunting by humans. New game and habitat preservation laws were put into place to mitigate this decline. Canada Geese are protected by the 1918 Migratory Bird Act. However, due to the removal of their natural predators by humans, and increase in man-made water bodies, Canada Geese have become non-migratory in some locations in the United States. Since 1999, the United States Department of Agriculture Wildlife Services Agency has been conducting “lethal culls” of Canada Geese on behalf of private land owners and municipalities who find geese obtrusive or object to their waste. According to the EPA, Americans produced 3.1 pounds of non-recycled trash per person per day in 2007. No known lethal culls of humans have been conducted on behalf of the Canada Goose. Most Canada Geese are monogamous and mate for life. Many humans are not and do not. Both the mother and the father Canada Geese protect the nest. See above. Canada Geese lose their flight feathers during the incubation period of eggs and are unable to fly until the eggs hatch (25-28 days). Goslings remain with their parents until the first spring migration, when they return to their birthplace. No known studies of the efficacy of removing the flight feathers of humans during incubation have been conducted. On January 15, 2009 a plane collided with a flock of migratory Canada Geese. All 155 people on board the aircraft survived when the plane landed successfully in the Hudson River. There were no known goose survivors. This type of collision is called a bird strike. Due to their great ability to adapt to human environments, Canada Geese are the most common waterfowl in North America.